I’m honored to have my Lost and Found series featured in French Vogue as a story on Burning Man.  From Maud Charmoy, translated by Quinn Connors:

At the end of every summer, Black Rock Desert welcomes almost 50,000 bohemian festival goers to come reconstruct Black Rock City, a pop-up town fueled by solidarity, art, independence and free spirits, which then disappears into ash at the end of the week. This week, the 2012 Burning Man takes place, so dive into one of the hottest festivals of the year with the uplifting photos from the Lost and Found series by photographer, Peikwen Cheng. 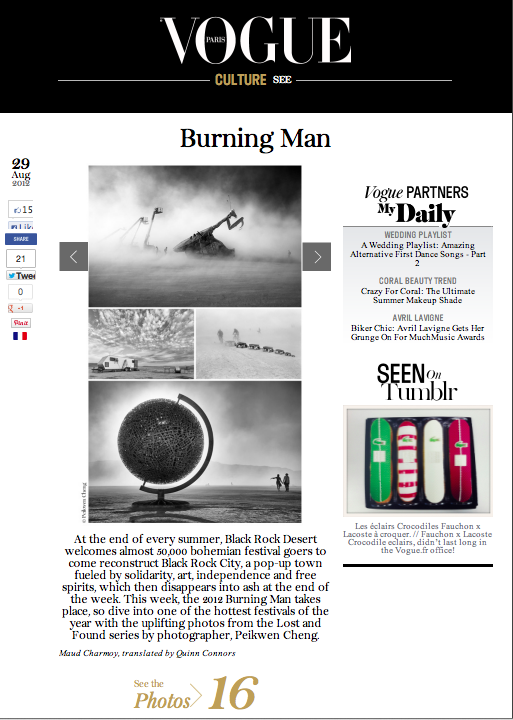