Love is… at In Focus Gallery – Cologne

From In Focus Galerie:

Can you photograph “love”? Can you easily capture emotions, human motion, and feelings in a two dimensional image?
Photography is a child of the positivistic, and rational era. It was submitted as newly-created, technical, and seemingly ´autonomous´ method, allowing the outside and tangible world to be captured quickly, authentically, and objectively. It was not about art, not at the beginning at least, but about evidence. We are talking about the indexical character of photography. Despite the fact that pictures can be staged, manipulated or changed, there will always be an object at the very beginning that leaves it´s mark on a film by reflecting light.

What about emotions? Feelings? Or the vast topic love? Would literature even be thinkable without all of that? At the latest of Surrealism, people discuss the possibility to seize the imaginary world photographically; pictures as symbols, as signs. With that sense behind it, emotions were, and still are, variably translated into photography, in pictures, which not least reflect the central topic of love.

In line with an ambitious group exhibition, the Cologne ´in focus gallery´ collected works of international photography artists, including over 65 images all circulating around the topic “Love”. Please note, it is not about the act of sex in particular, however the erotic is not excluded. It is about the formula of pictures that broach the issue of love as an intense emotion in a totally diverse and complex way. The artworks range from lovers that are caught insightfully in spirit of humanist photography in Paris during the 1950s (Robert Doisneau, Willy Ronis), to staged photographs which prove the bond to a partner or the own child (Abe Frajndlich, Will McBride). Homoerotic love (Greg Gorman, Jeanloup Sieff) is just as well included as the affection in front of a precarious background (Bruce Davidson), or full of verve performed Love as Lust (Thomas Karsten). A gesture (René Groebli), a laugh (Thomas Hoepker), a perky look (Frank Horvat) all can express love.

It is a big range of visual opportunities, in which the topic love is manifested, whereas despite the names that are already listed, further artists like Eve Arnold, Ilse Bing, Peikwen Cheng, Elliot Erwitt, Ben J. Fernandez, Mary Ellen Mark, Wendy Paton, Marc Riboud, Jan Saudek, and Karin Szekessy are represented in this show.

Hans Michael Koetzle will give a talk at the opening.
Love is… catalog (88 pages and more than 65 images and text by H. M. Koetzle) is available. 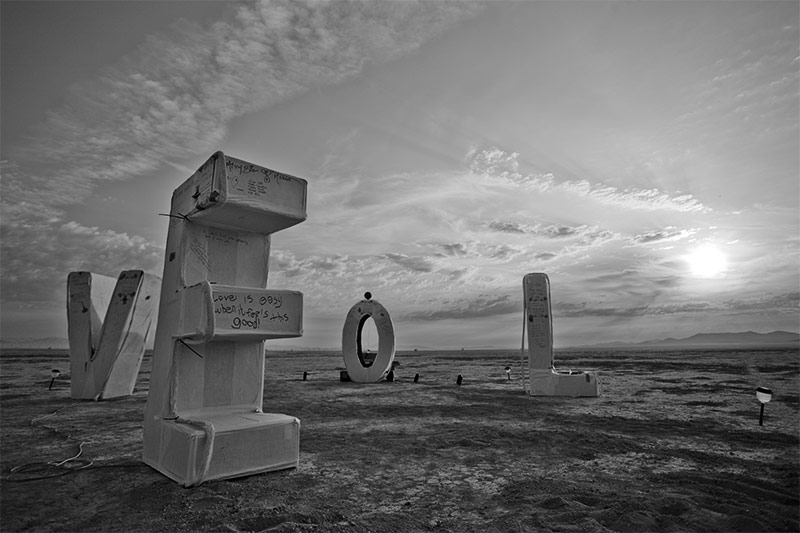